A total of 26 board action cases that went before the Planning & Zoning Commission in 2020 were approved. Although this was the lowest total number of cases in the past five years, the number of zoning map amendments was similar to previous years. As shown in the following chart, the 22 approved zoning map amendments in 2020 were only one less than in 2019 and the same number as 2018. The drop in total board action cases approved was due primarily to the lack of special use permits, land use plan amendments, and street abandonments this past year. This can be attributed in part to the impact of the Covid-19 pandemic, but there has also been an overall decrease in these types of cases over the past couple of years. The updated Development Ordinance that went into effect at the beginning of 2017 allows a broader range of uses in many of the zoning districts, which means fewer zoning map amendments are necessary, and by extension fewer special use permits and land use plan amendments. However, it also spurred a multiyear comprehensive effort to remove improper or obsolete zoning districts that were out of sync with existing land uses and land use policy, which explains in part the relative consistency of zoning map amendments. In addition, street abandonment cases have dropped over the past five years as a project to identify rights-of-way suitable for abandonment has largely concluded. 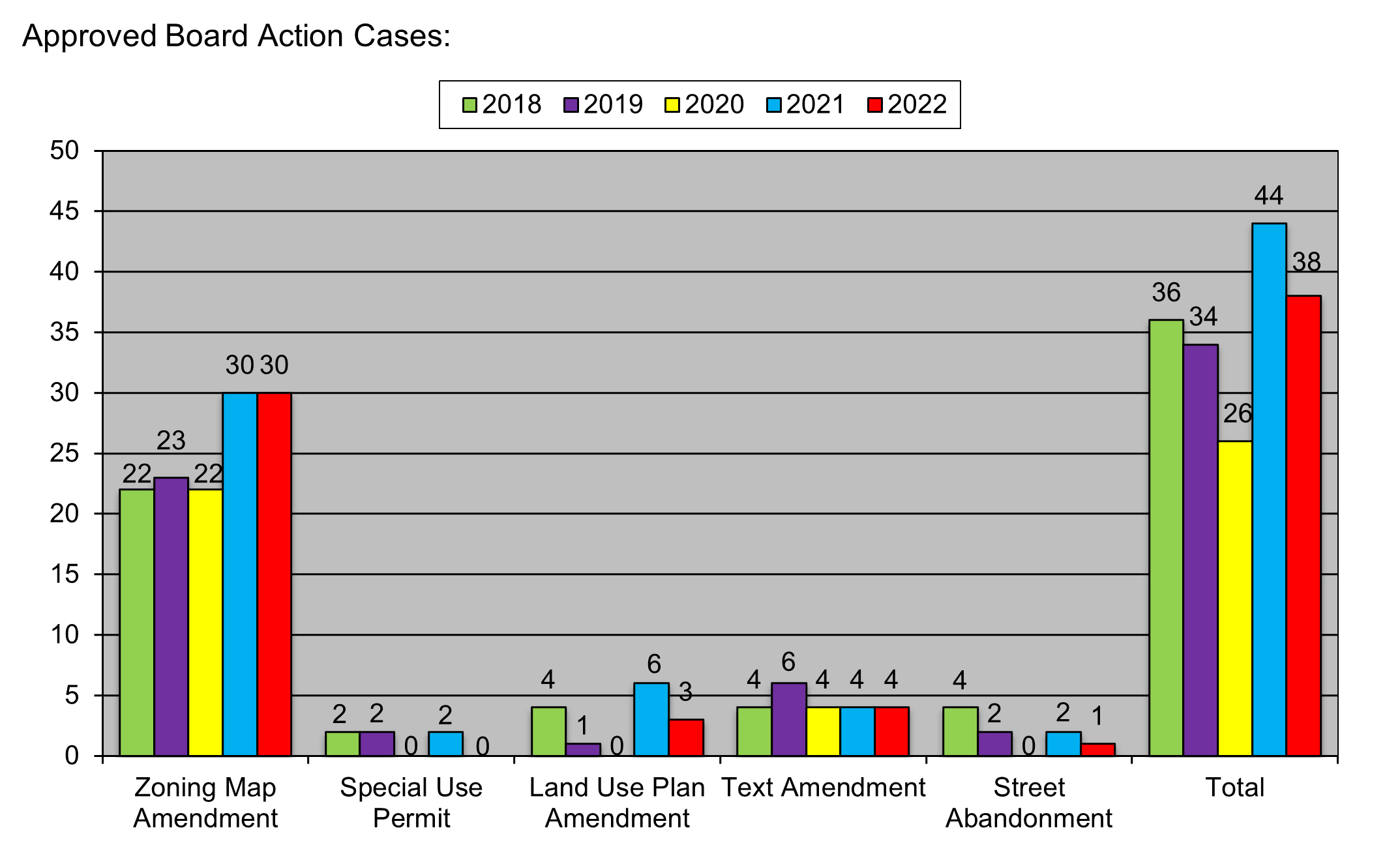 The total acreage approved for rezoning also decreased in 2020 with the amount of residential, non-residential and institutional acreage all down compared to the previous four years.  Residential acreage was the largest category in 2020, but was still at its lowest level since 2015. Likewise, the amount of non-residential acreage rezoned dropped to its lowest point since 2015, while the amount of institutional acreage rezoned was the lowest since 2003.  As is the case in most years, there was no mixed-use zoning approved, with the primary exception being 2017 when this category was significantly higher due to the adoption of a Mixed Use Downtown zoning district in the vicinity of the multi-purpose stadium.  It should be noted that these numbers do not include the acreage rezoned as part of the previously mentioned comprehensive zoning map amendment effort, which rezoned approximately 659 acres across a variety of use categories in 2020.  It also does not include zoning map amendment cases that resulted in minor changes to previously approved conditions that did not fundamentally alter the allowed uses of a property. 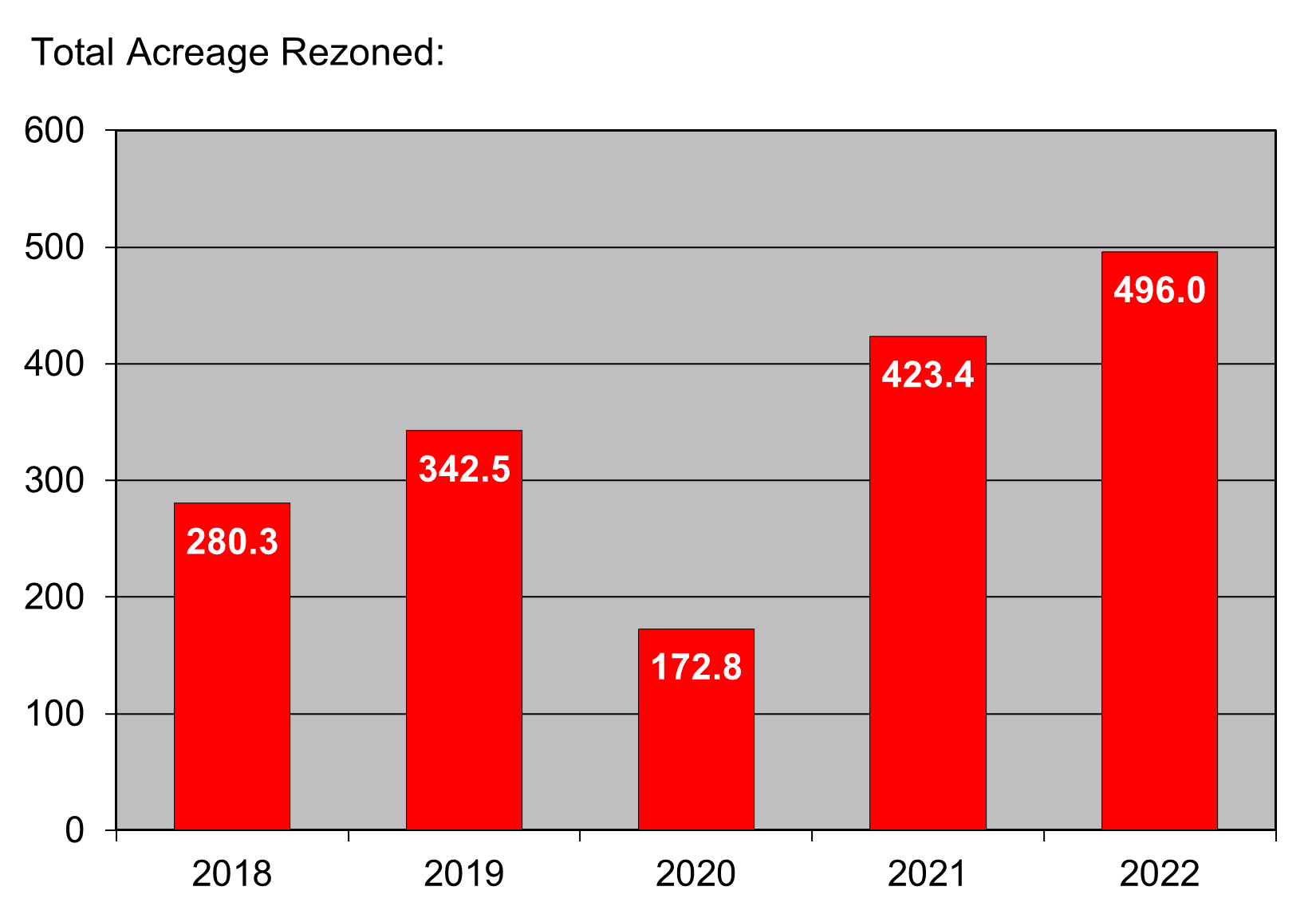 A good indicator of the amount of development occurring in the city is the number of final plats, site plans and group developments approved that resulted in new residential lots/units or additional building square footage. The table below shows the types of major projects approved over the past three years by land use category. 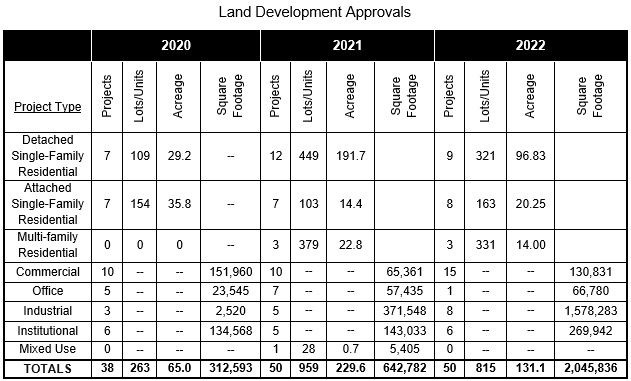 On the other hand, the overall square footage of non-residential development approved in 2020 was less than half of last year's total and was the lowest amount since 2011.  As shown in the following chart of the last five years, this was largely due to a significant decrease in the amount of industrial square footage approved. These figures seem especially low compared to 2018, which had a greater than normal amount of institutional and industrial square footage approved, including an expansion of the River Landing retirement community, the new Qubein Arena and Conference Center on the campus of High Point University, and the Amada manufacturing and technical center campus in north High Point. However, there were some positive signs in 2020 compared to the previous year, such as a slight increase in commercial square footage, a smaller than expected decrease in office, and a rebound in institutional square footage. 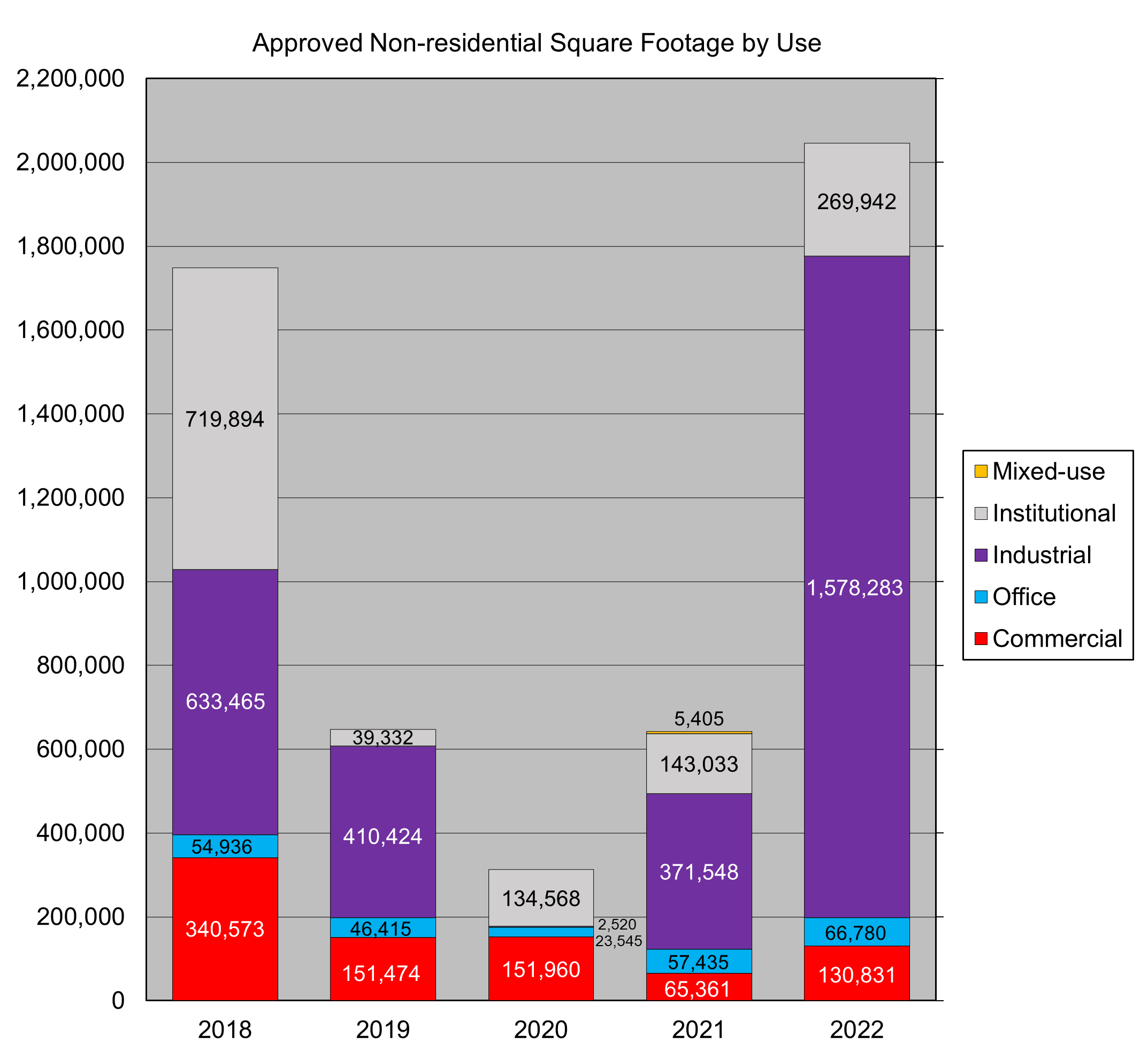