One of the first community garden started with the Macedonia Family Resource Center Mosaic Community Garden in 2010. The Macedonia Family Resource Center Mosaic Community Garden began through a partnership with Macedonia, Guilford Child Development, and GTCC.  At the time, Macedonia offered ESL classes for local refugees new to America and North Carolina.  The classes were held 3-nights per week with a certified English instructor. Children of the participants were cared for by Bonner students from High Point University, the instructors were provided by GTCC.  A survey was offered to the participants with the purpose of seeing how to assist them and make their lives easier.  The response from the refugees was overwhelming, most of them wanted the ability to grow foods from their native countries.   At this point, Macedonia Resource Center cleared a portion of land from the right side of the building to prepare for a garden.  Initially, there were no raised beds, just a large open space where many various vegetables were grown by individual families.  The plan was a poor decision from the start.  There were no boundaries to separate the different vegetables, with food and weeds were growing wildly everywhere.  Eventually, Macedonia Resource Center decided to revamp the project and come up with a much better plan. Three seasons went by before making the changes and everyone could not be happier. The land was cleared once again and raised beds were put in place.  The garden began with 30-boxes during the 2014 season thanks to a donation from Beeson’s Lumber.  Each box was numbered and assigned to individual families accordingly.

The garden was quickly becoming one of the more popular programs at Macedonia with a demand for additional boxes each year.  In 2017, an additional 10-boxes were added bringing the total to 40-raised garden boxes.  Later in 2017, Macedonia Resource Center was blessed with an onsite garden shed donated by the City of High Point's Community Development and Housing Department. This shed was constructed by a program operated by High Point Community Against Violence (HPCAV).  This blessing allowed the center to lock up their tools onsite for the families to use.

Each year on MLK Day, volunteers come together to clear the garden for the upcoming year.  These volunteers consisted mainly of HPU Students and people from the city supporting the "Day of Service".

Macedonia’s garden remains as strong as ever although, there was a small decline in usage during this Pandemic year. 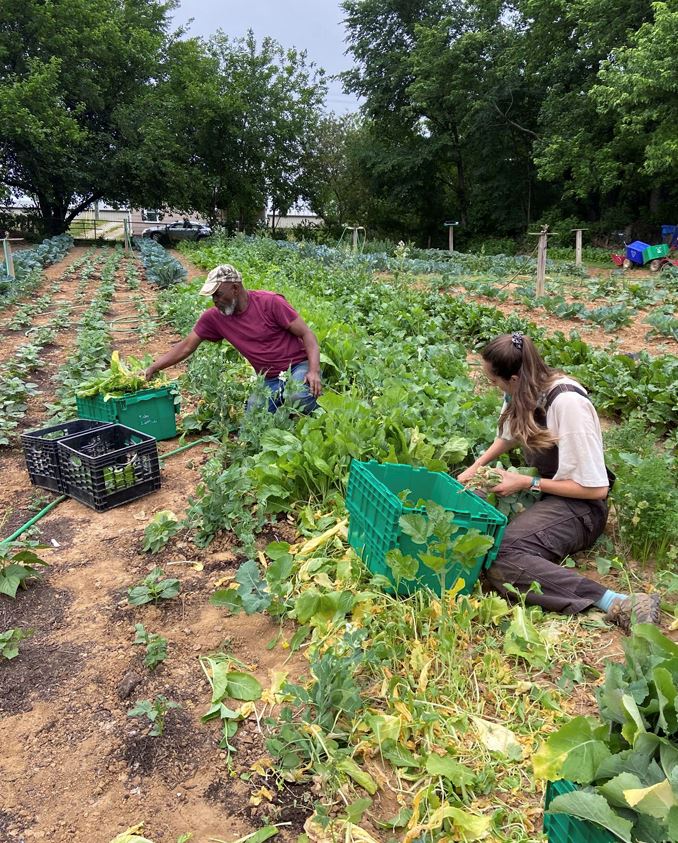